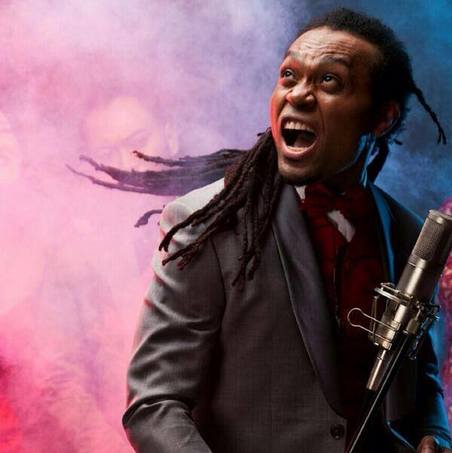 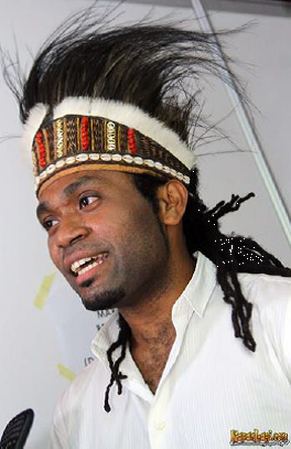 Michael Herman Jakarimilena, popularly known as Michael J, was born in Jayapura, Papua. He is a singer who gained popularity as a finalist of the first season of Indonesian Idol. After his success on the show, Michael continues to win many hearts across Indonesia with a singing style that is full of soulfull inspiration.

Michael has achieved national and international recognition having performed in Ethiopia, Australia, India, Singapore, United States of America and several other countries. His soulful singing style showcases the uniqueness of his voice while attracting worlwide attention to his homeland of Indonesia.

In addition to his achievements in singing, Michael J has also appeared in movies. In 2006 he performed in Denias Senandung di atas Awan, directed by John de Rantau. The film tells of the struggle of Denias, and other Papuan tribal children as they strive to achieve their dreams of an education. In the film Michael plays Denias's father. In  2008 Michael also had a role as one of the football players in the movie Bola itu Bundar .

Michael J has lent his unique singing style on several compilation albums. These have been developed in collaboration with other singers such as on Indra Lesmana Album: "Back One", Ireng Maulana album "Reaching Happiness" and also sung with Ermi Kulit.

During 2015 Michael joined the band Pacenogei formed by Alenia Pictures. Together with Stephen Wally and Nobo Sasamu, their first single titled "Su Terlalu Lama" was released with their first album "Ini Papua" released in late 2015. The album was produced by Alenia Pictures and all proceeds from the sale of this album are donated to education and children's health in Papua.